After picking up Vijay from his residence, we hit the NH45  from and our journey starts officially from here.

The first break we took was after crossing Vandalur for Lunch, normally if am travelling in the NH45, would adjust my timing so as i reach Hotel Santhi for food, this is a small - de-glamorized road side eat out which can be reached once you cross Chengalpet bye pass and the over bridge across the River Palar - yes you are right,  you need to cross the BEER FACTORY :) . This joint would be on your right near the HP petrrol bunk where the road splits into 2 - one-way.

2 cooks, one from Devakottai and another from Kottaiyur near Karaikudi give their best. But this time, it was home made lunch for us cooked by Suresh's mother - Puliyodharai or Puliyogare - in which ever way you want to call it, but it was heavenly food.. Thanks Suresh.

Then to further appetite ourself, we stopped at one of the Kumbakonam Coffee outlet, don't know which one is original as all are calling themselves as "Original Kumbakonam Degree Coffee" had Coffee with Ooty Varki and then back again to the highway.

Raja sir and A.R. Rahman were with us throughout the journey in the form of CD and Pen drive.

We reached Perambalur and took the left diversion to Ariyalur for our night's stay. We reached Ariyalur by around 8:30 pm and straight went to the "Kothandaramaswamy Temple" for a nice darshan and then to Yathin's home for a superb coffee and a meemorable Bonda.. Superb Bonda by Yathin's mom, that taste is still lingering in my mouth.

Had our lunch at Hotel Maruti and then reached our Hotel A.S. Comforts for the night's stay. Decent place but with road side car park only.

Day 1 :
Kothandaramaswamy Temple - Sundar woke at 5 in the morning - Yes - 5 in the midnight to visit the temple and i had no other choice but to wake up ad reach the temple, so, after diwali, this is the second time in the same year, i woke at 5:30 in the morning, had my bath and hit the temple. Details about this temple is available here but the very important thing is the 10 pillars which has the Dasavatharam sculpted in it and specifically the Narasimha Avathar with Hiranyakashipu in his lap. Fingers are made visible from beneath the skin.. This is a WOW scripture and a miniature is of this is also available in the same temple, just opposite to this pillar. DON'T miss the finer details.

When i had an inkling of doubt on the direction, Yathin with a broad smile told me yes, we are slightly diverting to another near by temple by name Kaliyughavaradharaja Perumal at Kallangkurichi. This place is exactly 5 kms from Ariyalur Bus Stand and you would cross the TANCEM - Tamilnadu Cements factory. This temple has its own history and the same is shared in the form of paintings. Samples below : 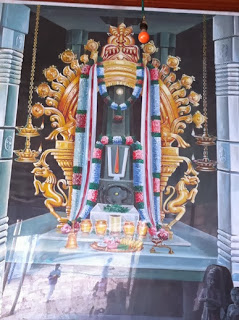 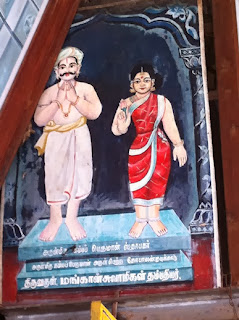 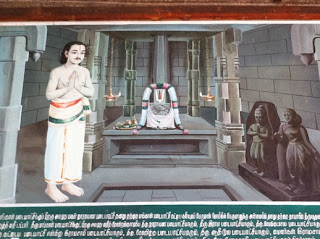 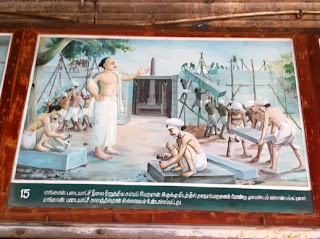 There is also a deer park and a peacock cage available there : 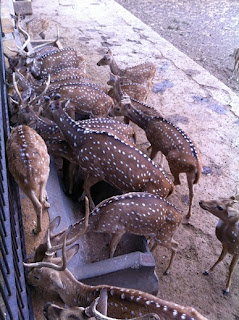 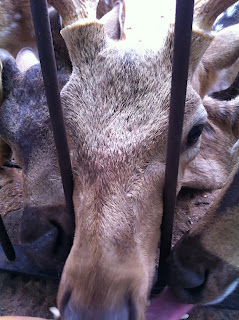 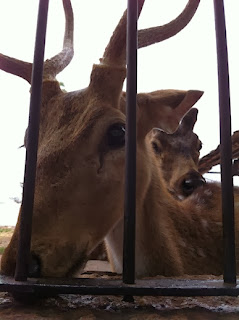 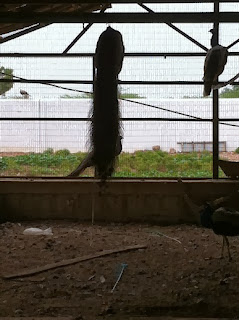 After spending sometime here, we then headed out to Gangaikonda Cholapuram.

From here the trip changes course to HISTORY.

Can u give me some details about the kundavai nachiyar samadhi?