It was late in the night..rather..well past midnight and was on my way back home. Atop a building there was a bright white light in one of the lane and when inquired with the people standing there, they informed me that "Mugamoodi" shooting is going on.

This film is directed by Mysskin and starring Jiiva and Narain in the lead.

Normally in a place where the shooting happens would be full of commotion and noise till the time the director says "Start Camera","rolling" and "Action", but last night the situation was entirely different and there was minimum noise even during breaks. If that light wasn't there, even i would have also missed this and passed by. 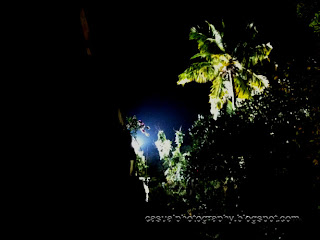 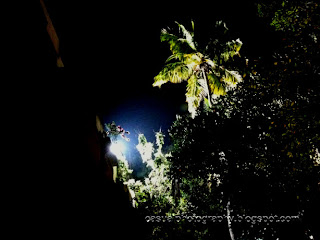 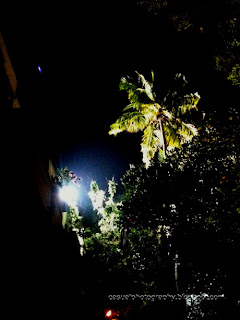 Hope the Mugamoodi team respects the sleeping time of the neighbors and maintained a well disciplined silence. Now, with that white light giving an opportunity for the photo bug inside me to take few snaps of the well-lit "Coconut-tree". Was having my Apple only and missed my Nikon P80. But the output is decent enough to share (Hope So..:-))
Posted by Sriram J at 10:35 AM

Thank you so much boss... This is how our shoot going on... its our director want... thank you again...